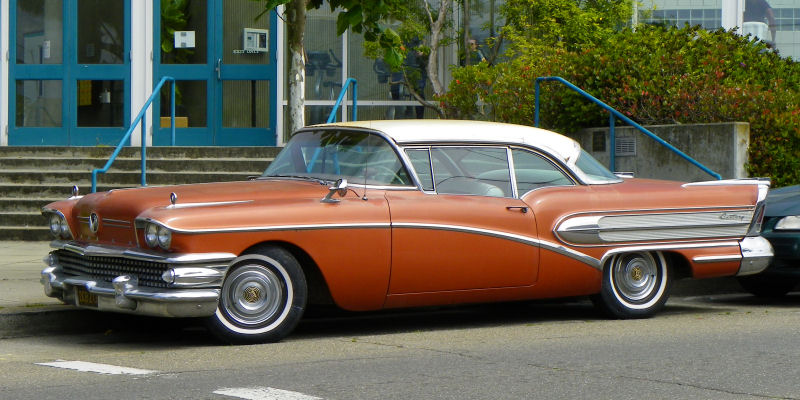 I generally am not known for being a fan of cars made in 1958. Actually, scratch that. I love the 1958 Chevy, Pontiac, Edsel, Plymouth and... umm... Studebaker Hawk, I guess. Most everything else that came out of Detroit or even Europe was too grotesque for my liking. (Okay, the '58 Mercedes SL was nice, but it was largely a carryover from a few years before, and the BMW 507 and Austin-Healeys were all right, too.) Most of GM's 1958 offerings were based on the same platform they'd been on for a few years, and had a family resemblance in their styling. Cadillac did its own thing because it was Cadillac. 1958 Buicks never really got me excited, and Oldsmobile was just plain baroque. Regardless, this Buick was the car that introduced me to the fact that a car collector existed around these parts. The fact that I never managed to properly photograph it the first time kept me coming back for almost two years in the vain hope of finding it again. Finally, in August 2010 I managed to shoot it. 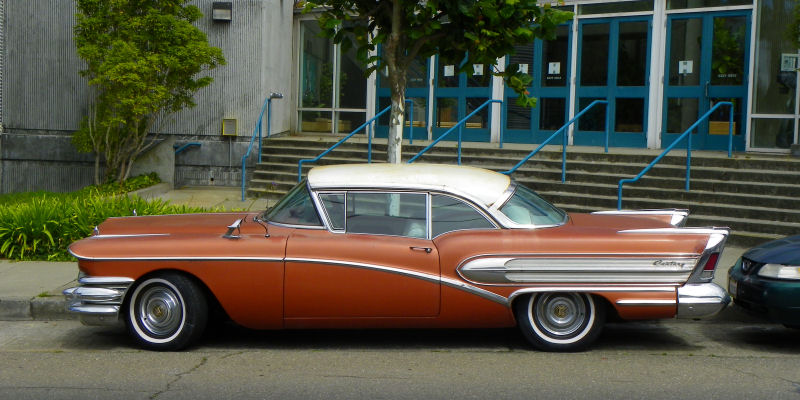 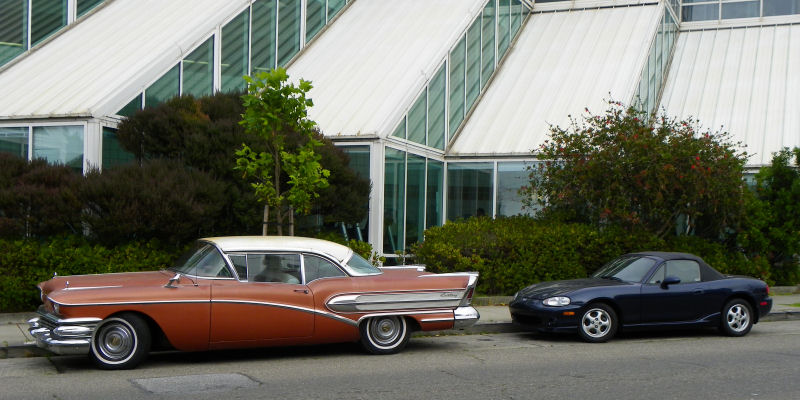 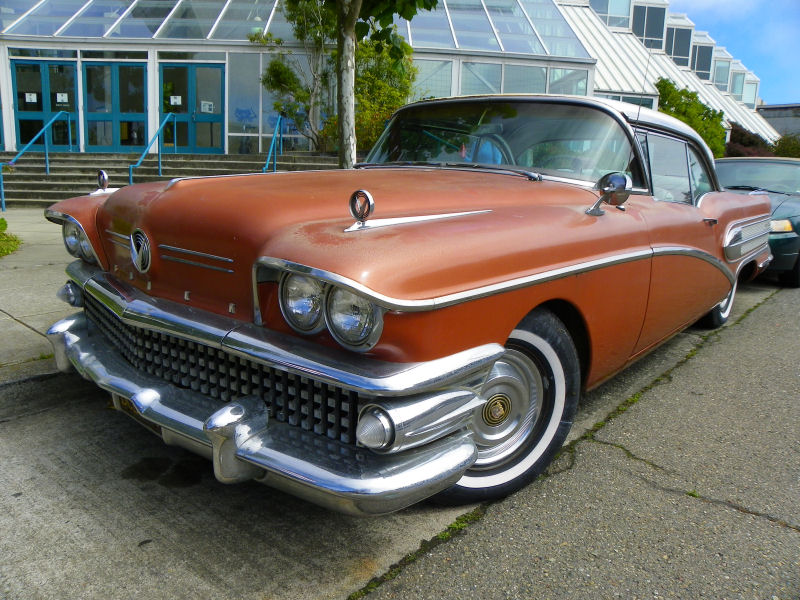 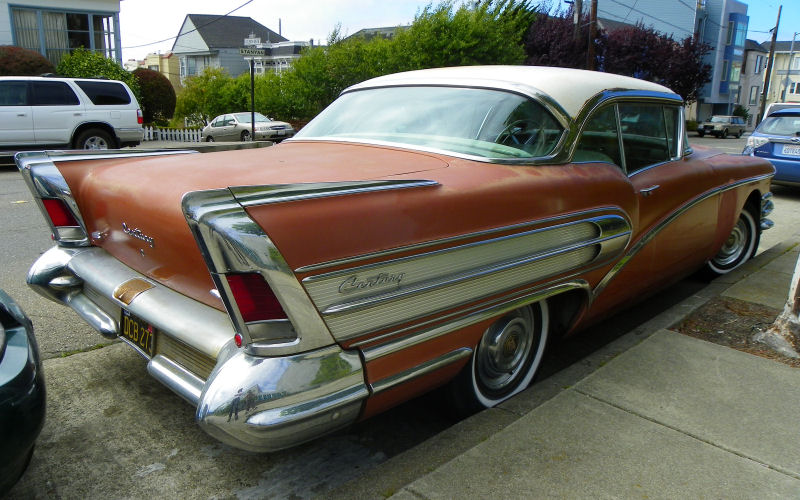 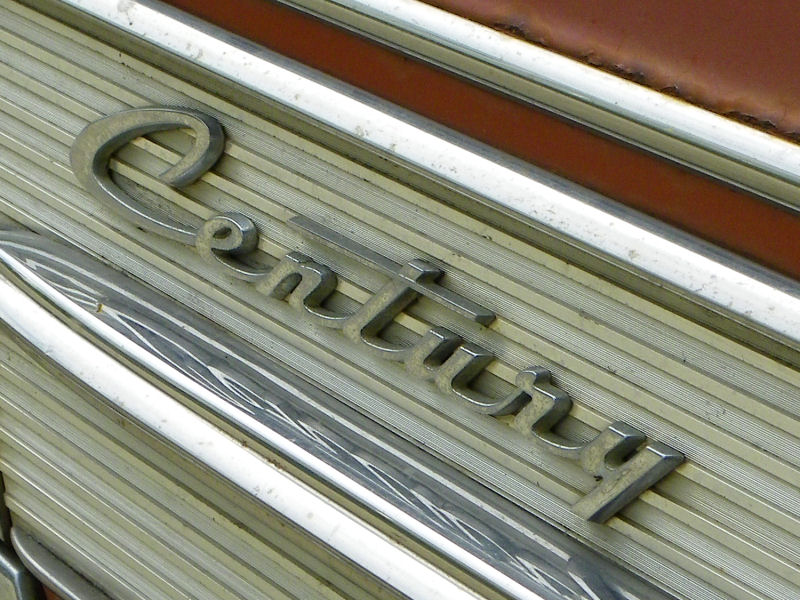 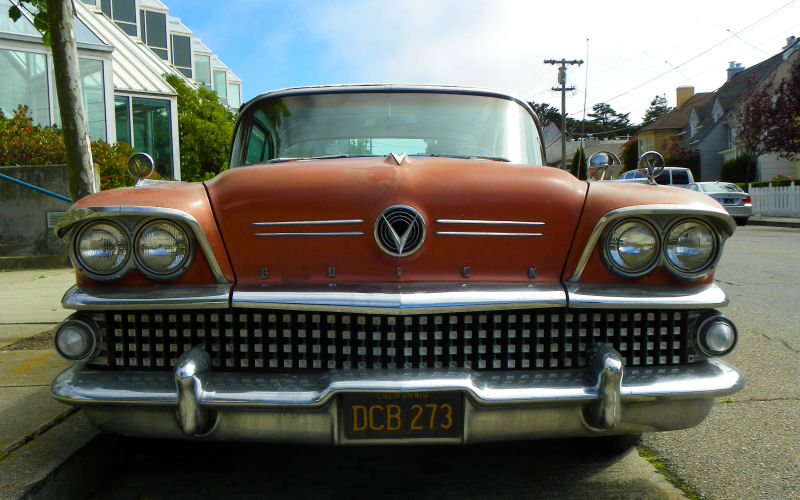 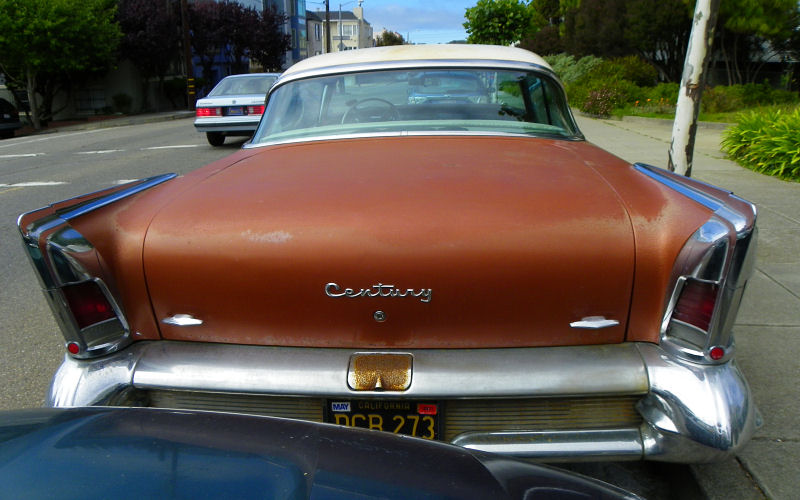 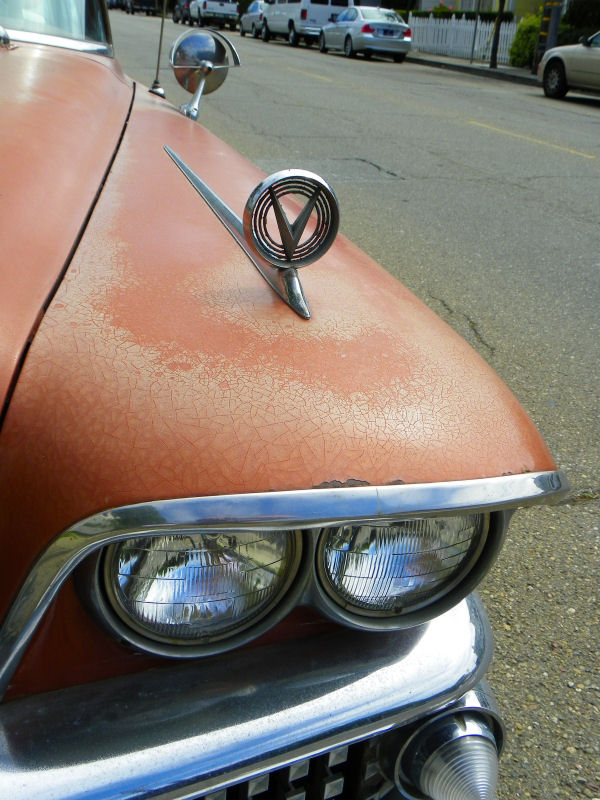 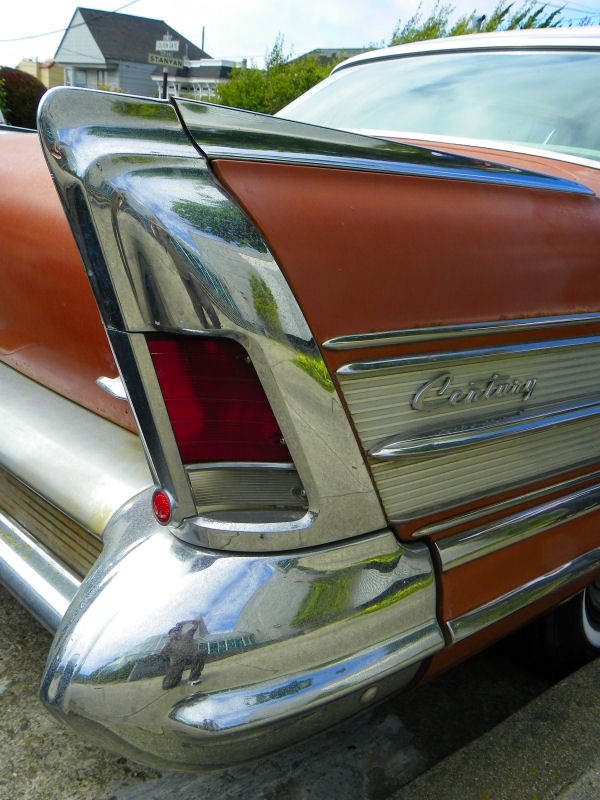 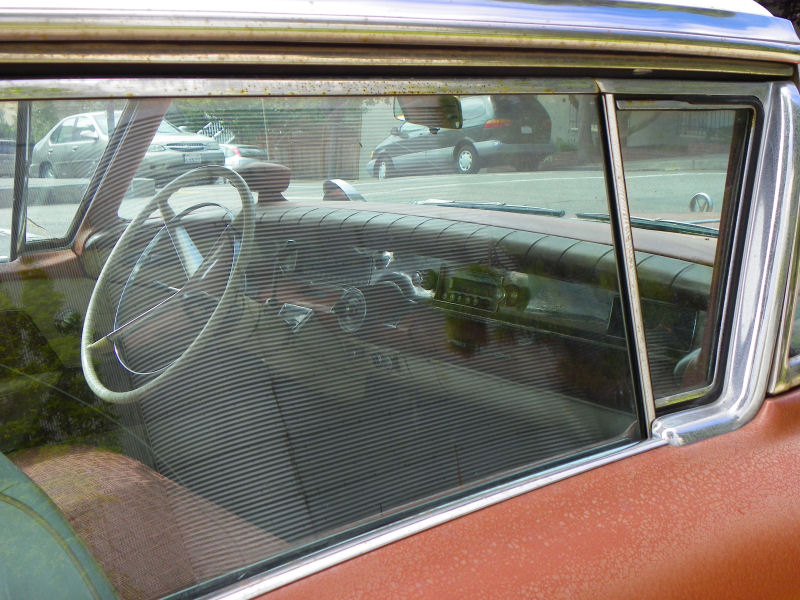 This example is a '58 Century Riviera 2-door hardtop, another member of Fifties Guy's collection of "daily driver" late-50s iron. I don't know the method behind his collecting, since every so often one or more of the cars appears for sale online. Maybe he gets bored or runs out of room every so often and unloads a few. A number of his cars that I've featured here on California Streets have since been sold off or are currently for sale. Even this one was listed on CollectorCarAds.com and was sold off last month. According to the ad, it features the 364 cubic inch V8 with a 4-barrel carburetor, producing 300 horsepower. Luxury came in the form of power windows, power seats and power steering and brakes. Not too shabby for a car built in the '50s. I wonder if it all still works.
At any rate, I hope this car found a good home. Maybe it'll get lucky and find its way to a restoration shop. I'd love to see a shiny Garnet Red '58 Century with California license #DCB 273 displayed at a future car show.
Posted by Jay Wollenweber at 11:29 PM