I'd venture that not many people know the relationship between the British Jensen-Healey and California. The story is this: When Austin-Healey stopped building their 3000 series of roadsters, Kjell Qvale, owner of British Motor Car Distributors in San Francisco, suddenly had no small British roadster to sell. He went to Donald Healey and Jensen Motors and invested money in the company, reminding them of the golden rule: He who has the gold, makes the rules. With the help of Healey's son Geoffery and Jaguar designer William Towns, the Jensen-Healey roadster was born. 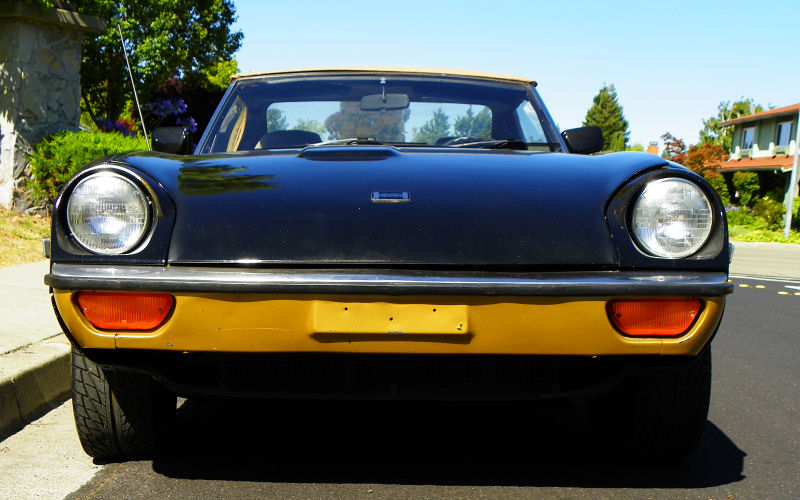 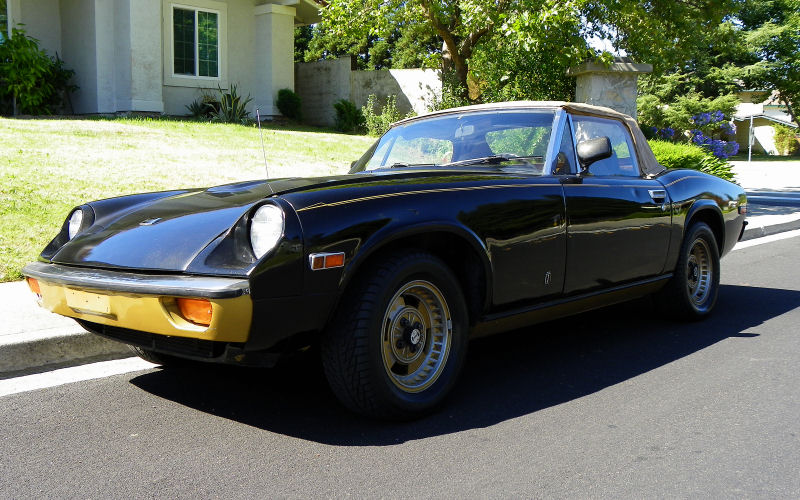 The new car had a 2.0 liter Lotus four cylinder making 144 horsepower and a four-speed manual transmission (or a Getrag 5-speed on later models). Where the classic Austin-Healey was beautiful, if dated, the Towns-designed Jensen-Healey was blocky and modern for its time. It looked like a typical Towns creation, long and low, but at least it didn't resemble a rolling suppository like his later Railton F29 Claremont (Google it). Interiors were basic, although you could get some woodgrain dash trim if you wanted it. In any given model year, you could order your Healey in five or six colors. Red, Yellow, Pacific Blue, and White were the only ones which persisted from 1972 until '75. Other colors included Oakland Green, Moss Green, Tangerine, and Mustard. Black and gold were not offered at any point, nor were any two-tone color schemes that I can find, meaning this particular car has been repainted. The stock 13-inch wheels have also been custom-painted to match the car, and the convertible top has probably been changed as well, since these cars were only available with black tops from the factory. The fact that every model year was nearly identical and the colors are non-stock does little to help correctly identify the model year, so this may not even be a 1973. 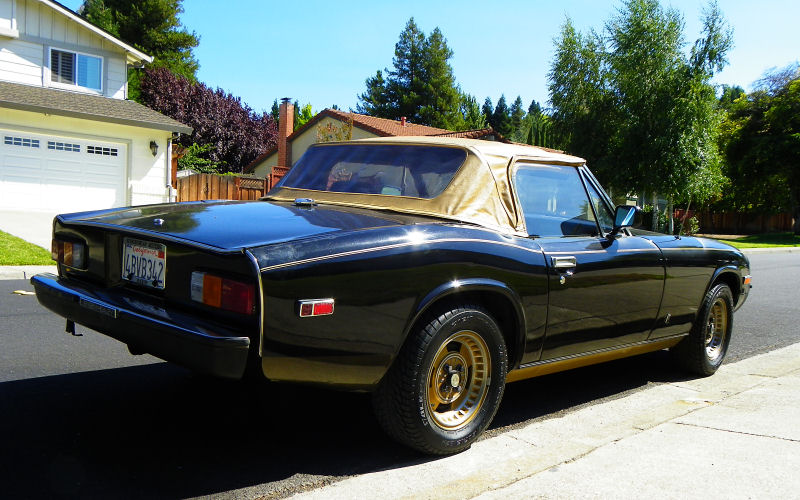 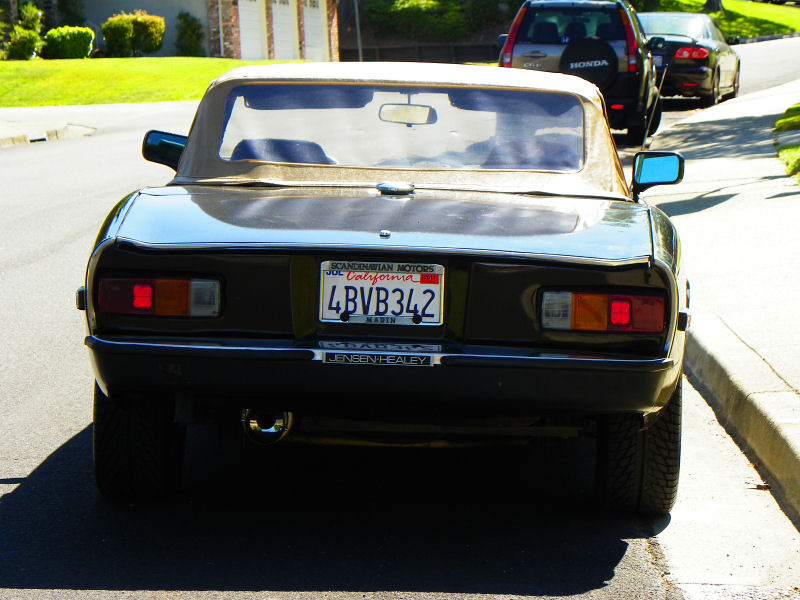 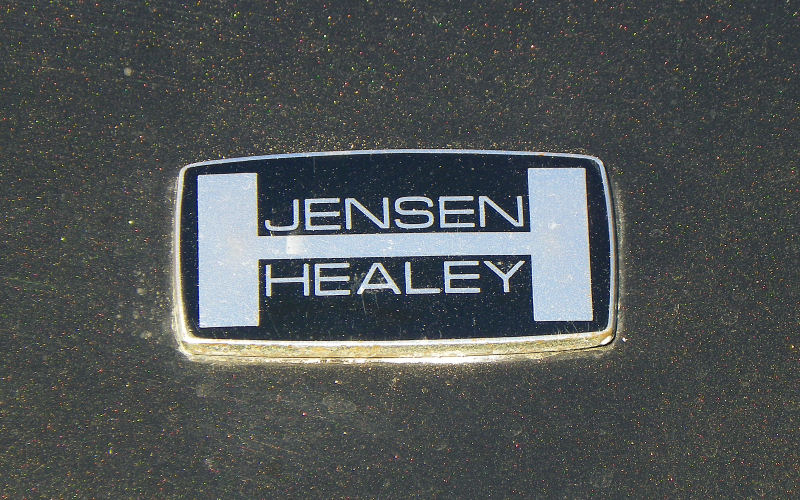 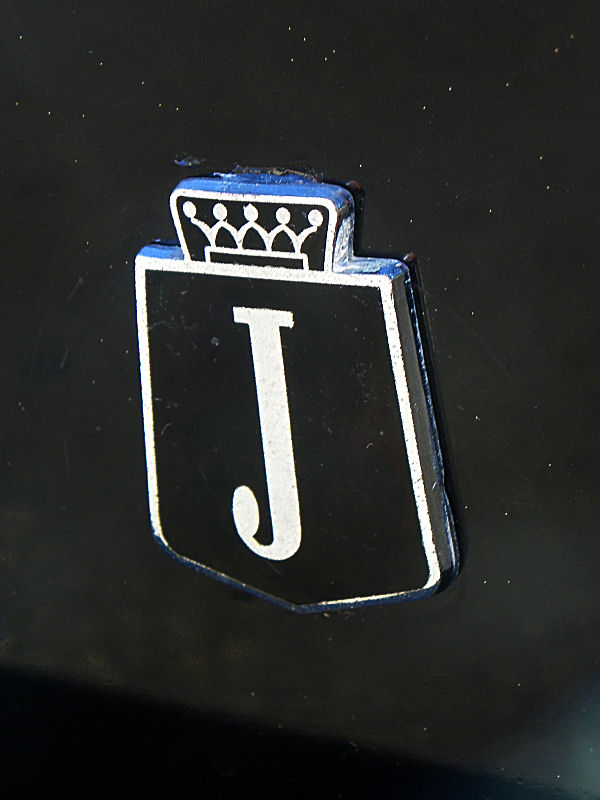 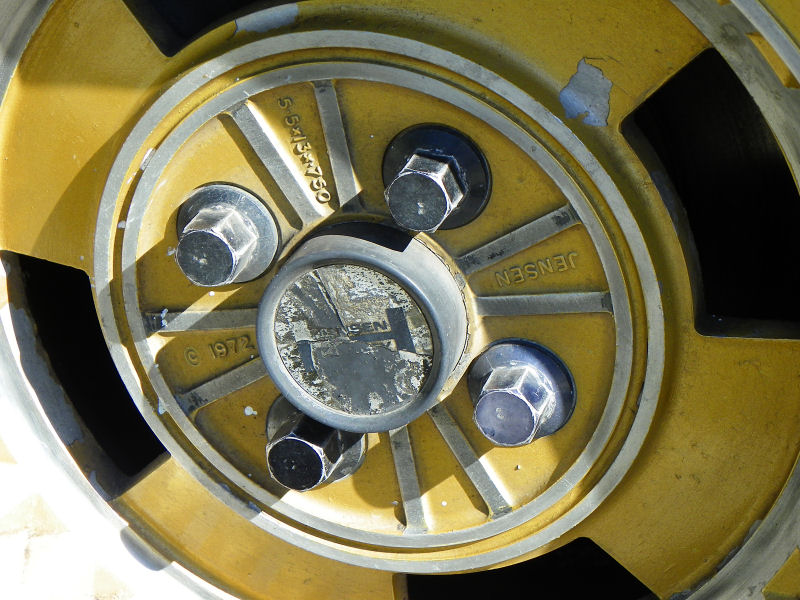 Jensen went belly-up after about 10,000 Jensen-Healeys had been cranked out. Strikes, emissions and the gas crisis killed the company. Rust, shoddy build quality and engines whose timing belts caused them to self-destruct killed many of the cars. Qvale went on to push a couple more failed roadster projects while expanding his dealership empire at home. In 2000, his son Bruce started selling Qvale Mangusta sports cars, a rebadged De Tomaso Biguà from 1996 with a Firebird V8 and love-it-or-really-hate-it styling by Marcello Gandini (the guy who gave us the Countach). The car was pretty much a failure with fewer than 300 sold.
But I digress. Overall condition of this Jensen-Healey is fair. The first time I saw this car it was, in the tradition of all great British roadsters, broken. The next day it was fixed and sitting out in front of the house, so I grabbed my camera and snapped some pictures. The body's mostly straight with the exception of rock chips and a nice dent near the top of the driver door, and the hood could stand realignment. I'd also wager that the muffler is not original.
The day I shot this car was also the last time I ever saw it, so I hope the owner is taking care of it. It needs some work but appears that it's receiving the care a quirky vintage sports car deserves.
Posted by Jay Wollenweber at 4:20 AM