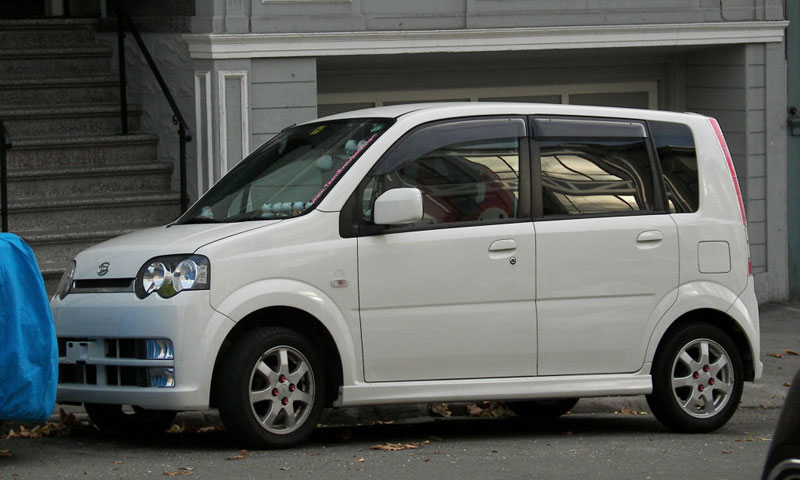 And now for something completely, utterly different. This, my friends, is a Daihatsu Move. Yes, brought over from the Land of the Rising Sun, Japan. Notice it's right-hand-drive. You won't find too many of these here in America. 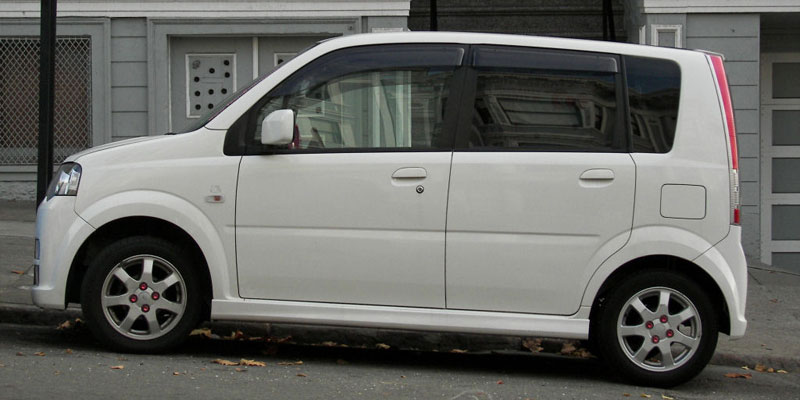 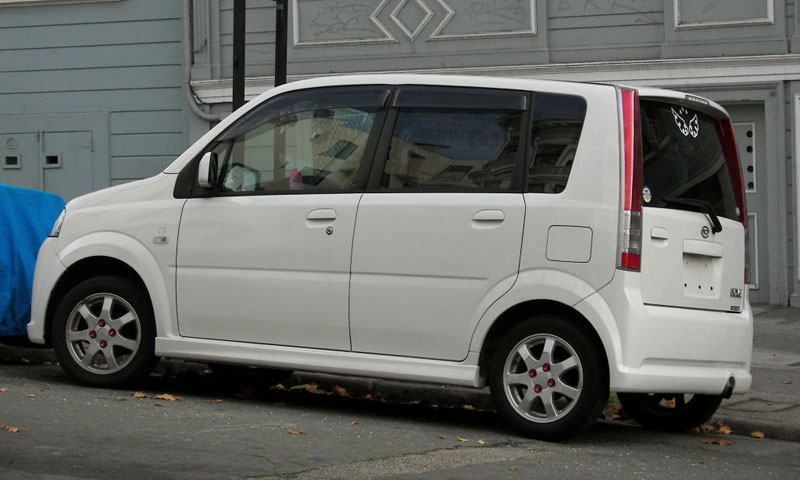 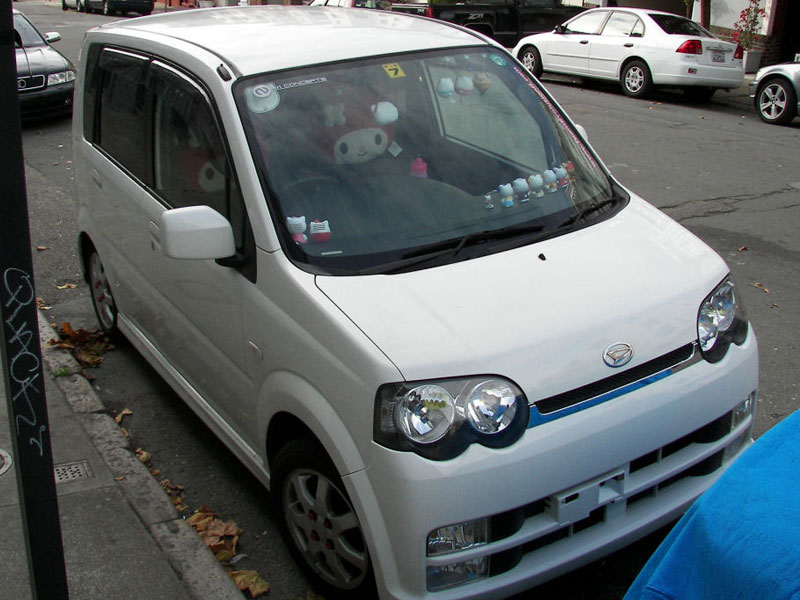 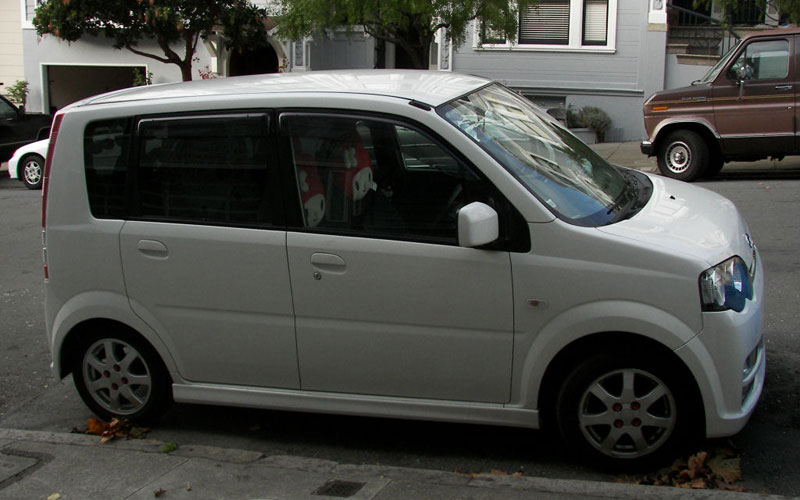 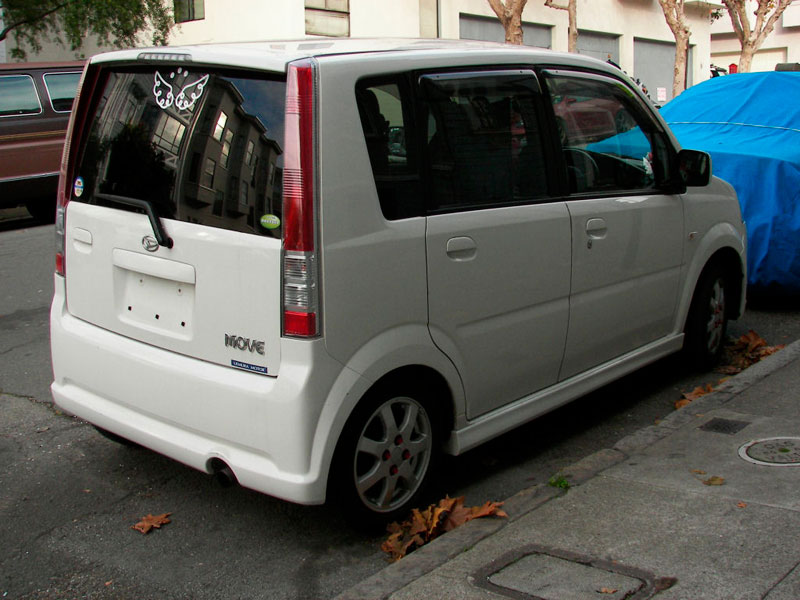 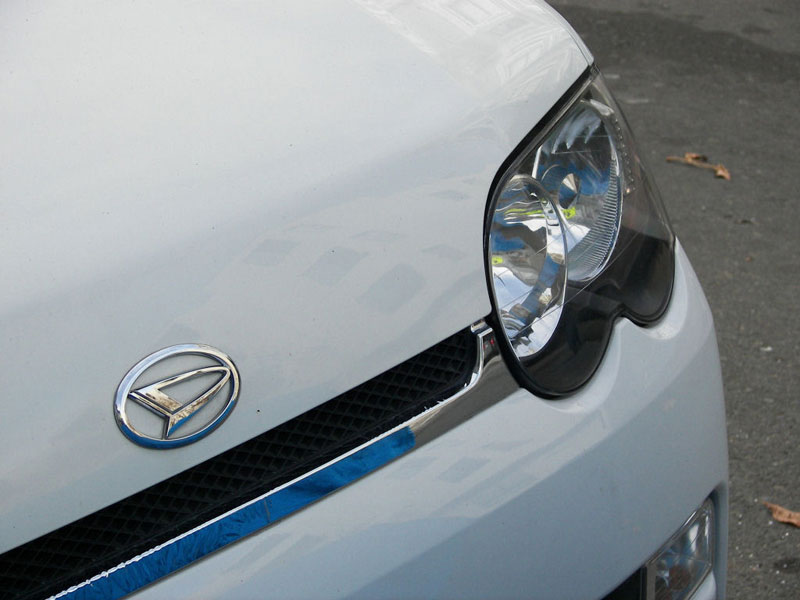 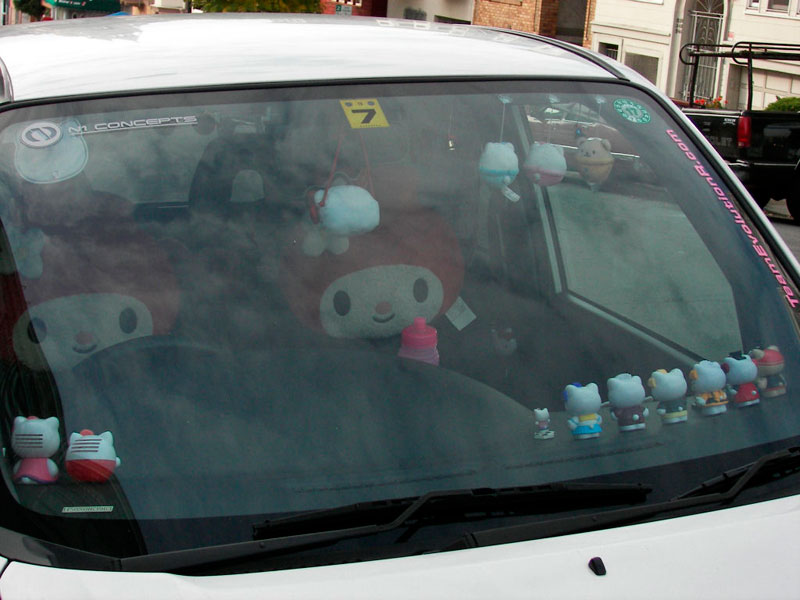 The Daihatsu Move is a kei car, one of the many small, usually upright hatchback cars that are popular in the Japanese domestic market (JDM). In densely populated Japanese cities where space is extremely limited and cars are an expensive luxury, a kei car is usually the way to go.
This car is a Move Custom, a special edition model that looks much sportier than the standard Move. It is a third-generation Custom, dating it between 2002 and 2004. I'll split the difference and call it a 2003. In my opinion, the Custom is by far the best looking of all the Moves, and this is the best looking generation
So what is this doing in San Francisco? Someone owns it, obviously. How did it get here? Someone imported it. But apparently its story is not so simple as coming over from Japan on a ship. On the rear hatch is a badge with "Uemura Motor" on it. Uemura Motor is an auto wholesaler in Callao, Peru. So a JDM Daihatsu came to North America via Peru and has landed on Telegraph Hill. And it seems to have sucked everything cute into it on the way out of Planet Tokyo.
Of course, it seems like few JDM cars stay stock once they arrive. This one already had pink lugnuts, rain deflectors and some tuner stickers by the time I saw it -- and it didn't even have plates yet. Turns out the windshield sticker is from N1 Concepts, a California-based company that distributes JDM tuner parts. This car may belong to an employee or customer. Last time I saw this car (December 2009), it had California plates, a body kit, a wing and a bunch more tuning company stickers. Oh yes, and a Hello Kitty emblem on the hatch. Having been more than six months since I took the most recent photos, I don't know what it looks like today. Probably even more customized. I don't like what's being done to it, but it's not my car.

This car was featured on Jalopnik.com's Down On the Street Bonus Edition in February 2009. 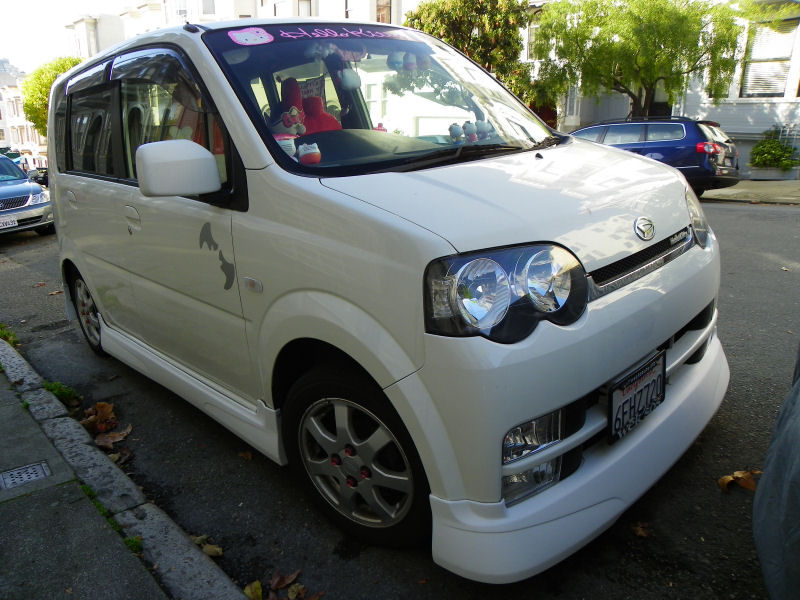 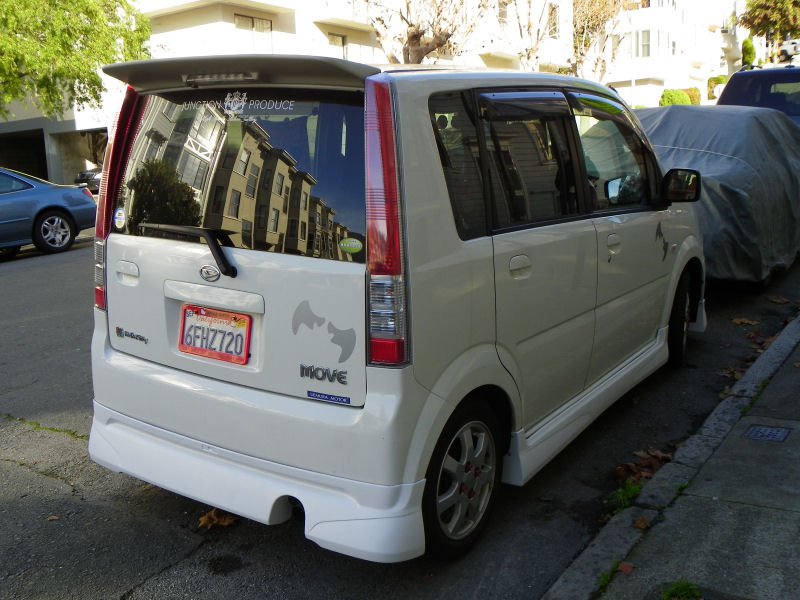 Posted by Jay Wollenweber at 5:20 AM